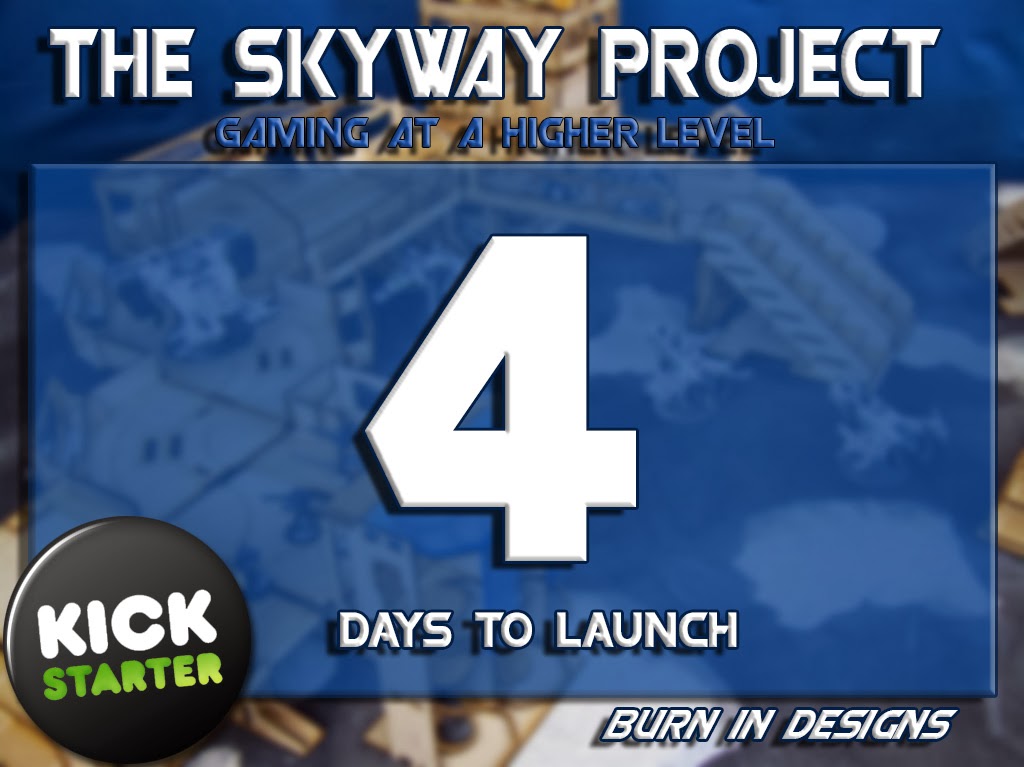 For today's preview we are going to take a closer look at the Elevator piece of the project. This was a piece that posed a bunch of new challenges for us on both the construction and design side. The piece integrates wood and acrylic parts to give it a fresh look.

The piece started out very different from the final version as all project do. The first version was just a single tube shaped to match the shape of the other walkway tubes. That version looked really good and tied in perfectly but had one real flaw. There was no way to move models with it. It was a closed box. The next build opened things up but still had issues. Then went through several other versions including ones with moving parts to finally stop and ask what is the real goal for this kit. With that question asked things immediately fell into place.

First the hoop was split into 2. This gave us more room for models and added visual interest to the kit. With the 2 sides separated by a center divider we were able to open up situations you normally wouldn't have like models from different teams both occupying the same piece of terrain for those cinematic standoff moment.

The part that really sets this apart is the acrylic sections. These were added to do 2 things, first to lighten the piece. With all solid walls it made for a very heavy piece that didn't blend with the rest of the set. Second it opened up the idea of line of effect  "LOE". True LOS is something we all understand and is pretty common in games, LOE is a little tougher offshoot of that. The acrylic is still a wall even if you can see through it so you essentially have cover even when standing out in the open. This should pose some new challenges for players and open up tactical possibilities.

On the game play side the piece includes 3 levels rather than 2. This was done to keep people from getting killed waiting for the elevator because they don't have the movement necessary to get to the top in one turn or if a n entire unit is moving up they can still stay in cohesion even though they are on separate levels. Continuing with that, the platforms are sized for 40-50mm bases so larger models that would logically fit in an elevator can be placed on them. Will it fit a Dreadnaught or similarly sized model? No, but would one of those fit in a normal elevator anyway. That is why we have stairs. Then again, what about a cargo elevator...I will have to think about that. 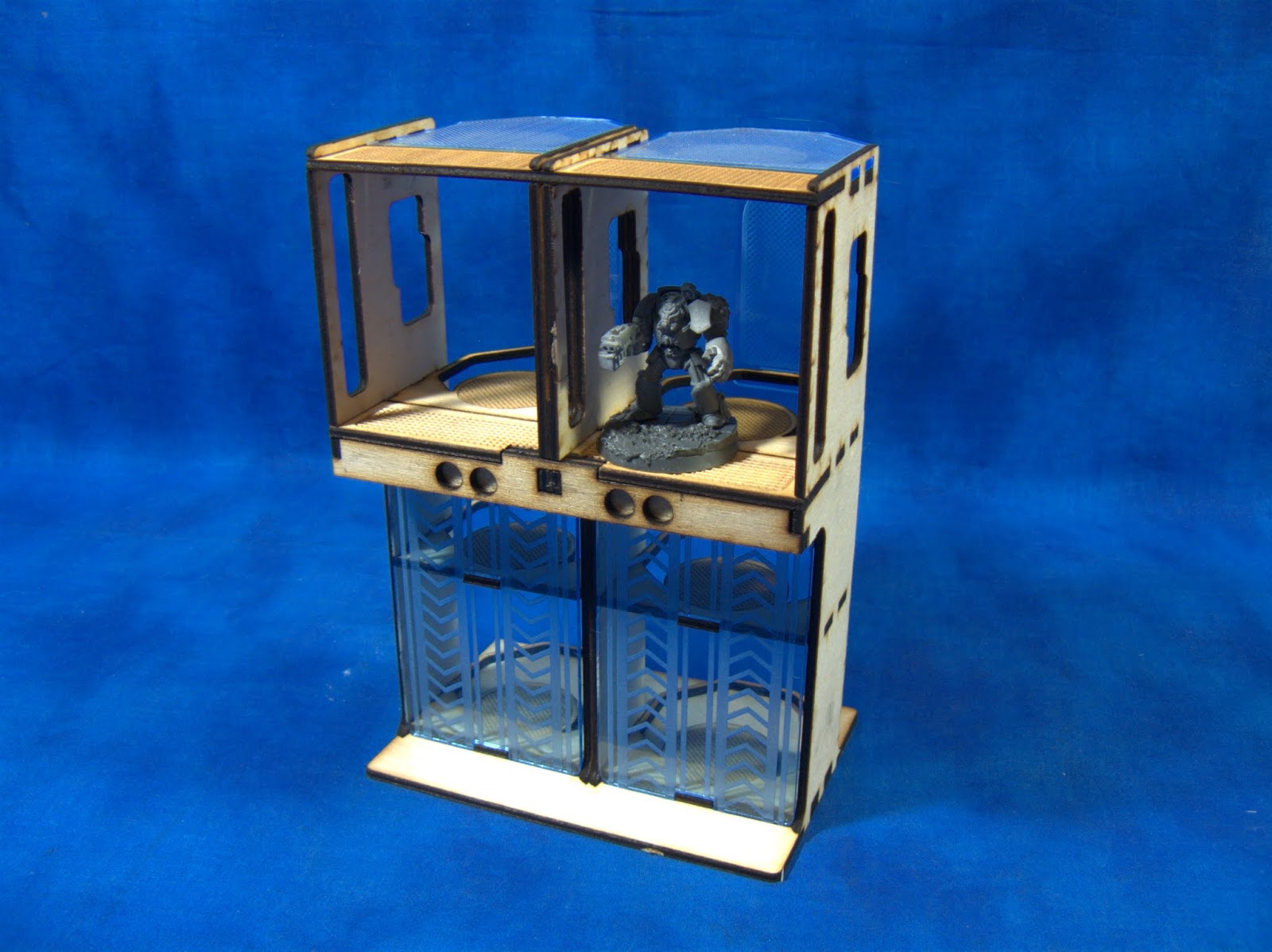 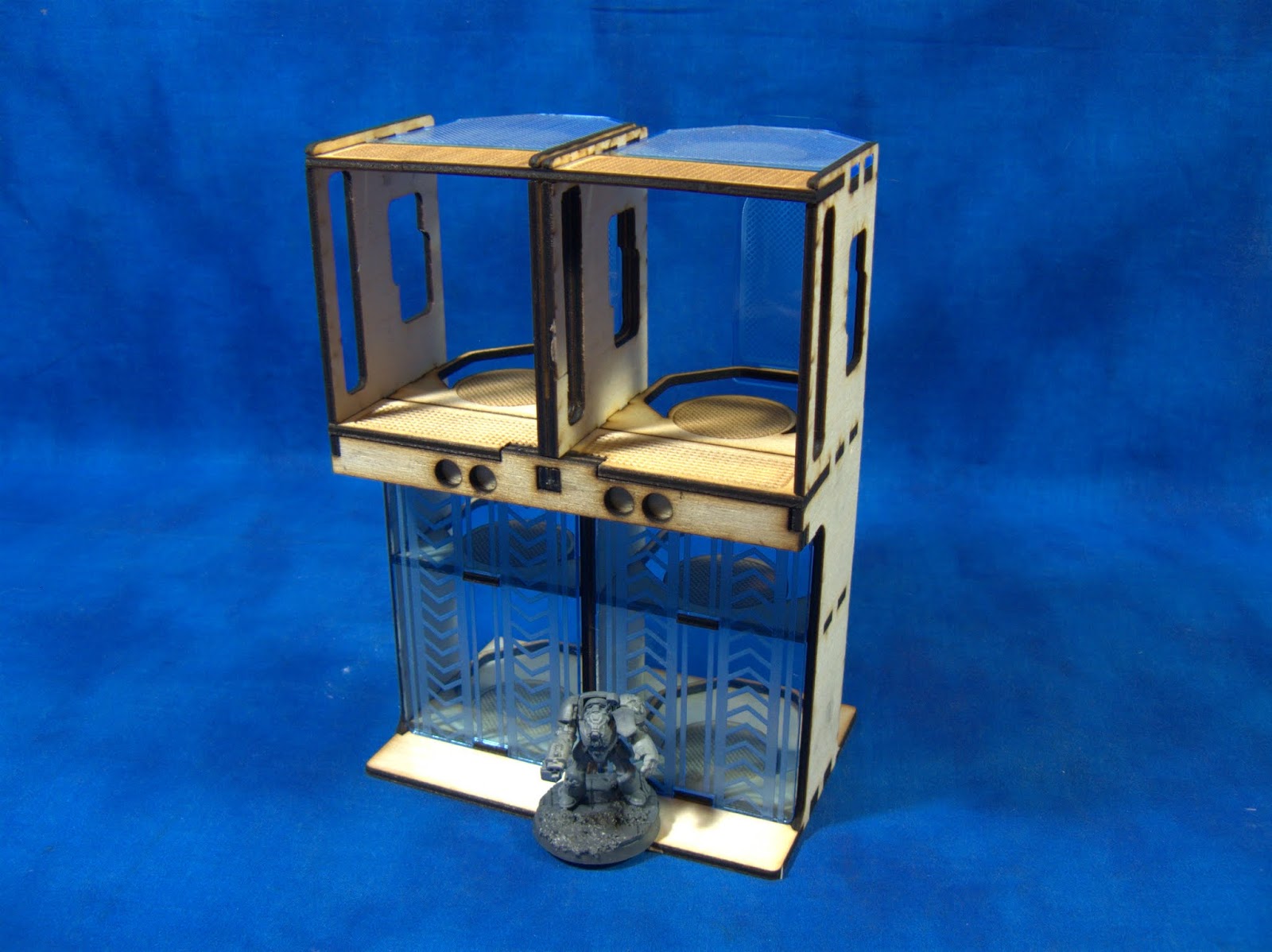 We are getting close now so get ready it is going to be a great ride.

For more previews follow our Twitter feed @burnindesigns and take a look at the preview link for the Kickstarter at https://www.kickstarter.com/projects/burnindesignsceo/598474680?token=25c10a1a
Posted by Diehard2501 at 9:50 AM