Equipment: The parts are ready to assemble as they are shipped but for the wood kits, we recommend you give them a light sanding with some 150 or 220 sandpaper to remove any cut marks from the laser. Using an electric palm sander for this is faster but a basic sanding block will work fine as well. You only need to sand the flats and not the edges. The laser leaves a very clean edge that is normally free of splinters and we try to catch and clean up any before the items are shipped. If you do find one though, you can clean it up with either sandpaper or a hobby knife.

For glue on wood kits, our personal favorite Aleene's Original Tacky Glue is the best glue ever made for craft projects like this. It doesn't run and gives you plenty of wiggle room for alignment. It also is easier to control and clean up than regular PVA glue. To speed things along during assembly I recommend using hot glue. It is great for reinforcing joints while PVA sets and can easily be removed with rubbing alcohol.

This model is based on a central spine and layer design. The pieces are numbered to make them easier to identify. Begin by locating the parts shown and putting them in order. This will speed up the assembly. 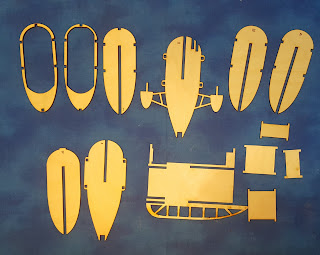 Begin assembly with part VI by sliding it into the slot at the bottom of the model as shown. Follow this with pieces V and IV. This will create the bottom platform.

Next, repeat the process for the middle platform beginning with part III, II, and finally I. 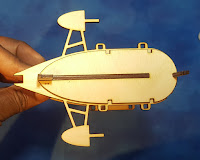 At this point, you can add the braces between the bottom and middle layers on both sides as shown. 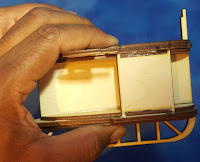 Now glue in place the first of the top layers and its supporting braces. The second top layer will be placed later along with the cabin roof. 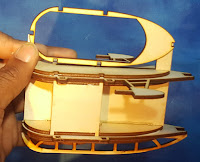 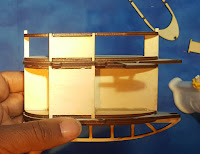 Next, gather the parts that make up the top deck and roof and assemble as shown. 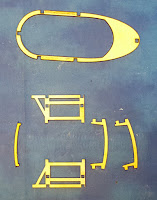 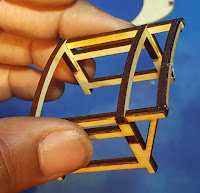 At this point, you have a choice. You can glue this assembly to the main body or leave it separate to make it removable for easier placement of models inside the cabin. 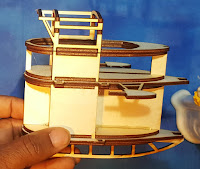 The final part of the main body is the reinforcing strips that are added to both sides of the lower fin. 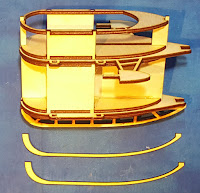 To skin the body, 4 pieces of cardstock are included. The longest 2 are oversized and will need to be trimmed to fit so they end on the braces in the body as shown. 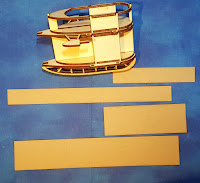 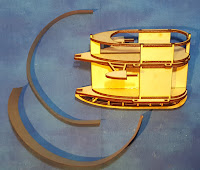 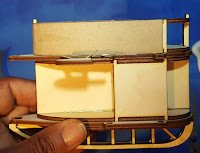 Repeat the process with the shorter sections of cardstock making sure the ends overlap the first layer. To hold everything in place securely while the glue sets I recommend wrapping the pieces with rubber bands. 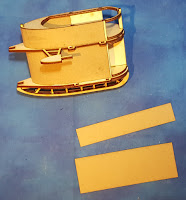 Attach the small square of cardstock to the top of the cabin roof. This piece has a slight curve to it so you may want to use small clamps to hold it while the glue sets.

Tail Section
Begin by gluing the 2 identical vertical support pieces together to create a thicker part. Then attach the 2 horizontal supports in the slots in the vertical support and finish off by adding the side plates as shown. 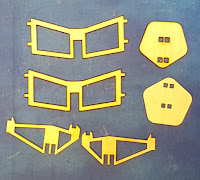 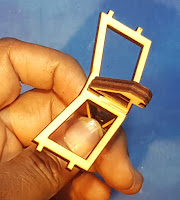 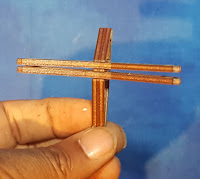 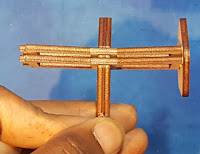 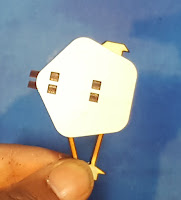 Landing Rails
Locate the pieces as shown below and attach them to the main rails.

Now attach the assembly to the main body by sliding it through the 8 square holes on either side of the body. Note the bottom section of the leg has a small post that works as a stop to keep the legs from sliding down 2 far. 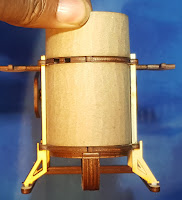 The Engines
The engines are a simple stacked part design that will need to be repeated for both sides of the model. The pictures below show the assembly of 1 complete engine. 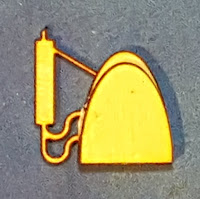 The engines are now glued to the main body and the propellers attached to both sides of the model. 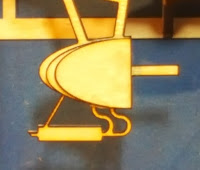 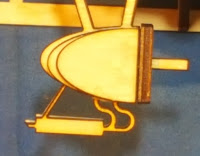 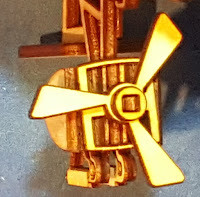 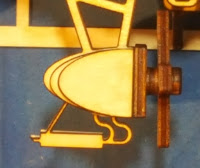 The final part to add to complete the model are the front antennas. The kit includes 4 different styles but only 2 are required. 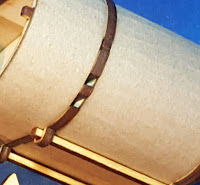