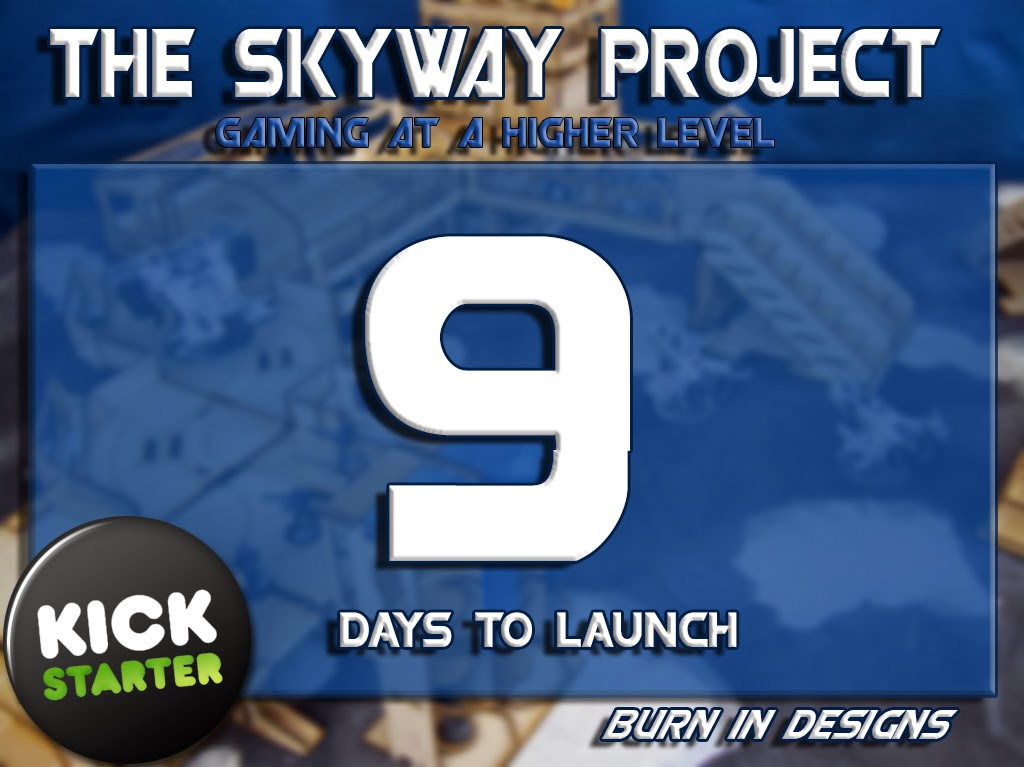 One of the things that we strive for with the Skyway Project was the ability to mix and match parts so you can build what you want with the only limit being the amount of room you have to build in. With that in mind, we started looking at the elements required to get to this and boiled them down to the most critical. The first was the walkway deck. The base for the whole system. It needed to be wide enough to accommodate multiple game systems without being too specific to any one game. Next were the corners. We played around with several different designs and angles before settling on 90 degree corners. This limit allowed us to make the layout flexible without needing 3 or 4 different angles. Following along that same idea we came up with T intersections. This piece opens up the most possibilities. It works so well for just about everything. Last was the stairs. Again a critical piece. After all you have to have a way to get to the walkway and stairs are the simplest. Strangely enough such a simple piece called for 9 different prototypes. Spacing, length of tread, number of treads, railings, overall size, angle, landing or no landing. So many options.

Once the core was fleshed out we moved onto destinations for the walkway. Here was a chance to tie the parts from another set we built into the system. The building modals are compatible with the ones from our The Mews at Windsor Heights set. Those buildings were a simple design that just fit perfectly and established an easy way too tie multiple sets together and allow people to mix and match terrain from across our range.

Finally were the extras and idea change parts. Things like the staircase made simple since but we needed something a little more high tech. That is what spawned the elevator kit. Again this is a part that went through several prototypes. There was even a failed moving version that I am so glad we killed it off. Not our best design work. The same holds true for the Way Station kit. There really isn't a single part in the final kit that matches the original design.

There is so much more to say about each part but we have to save a little for later. See you tomorrow. 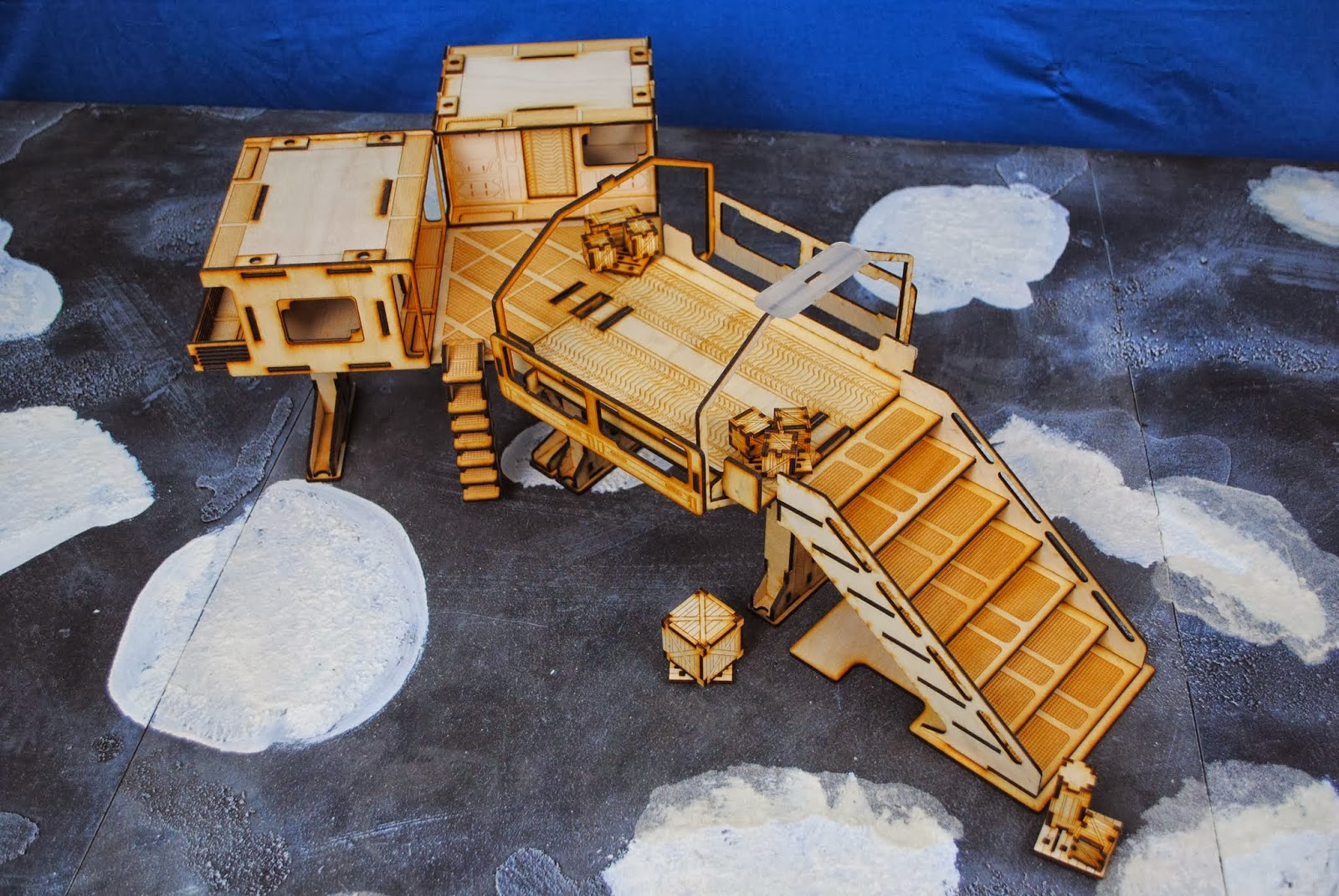 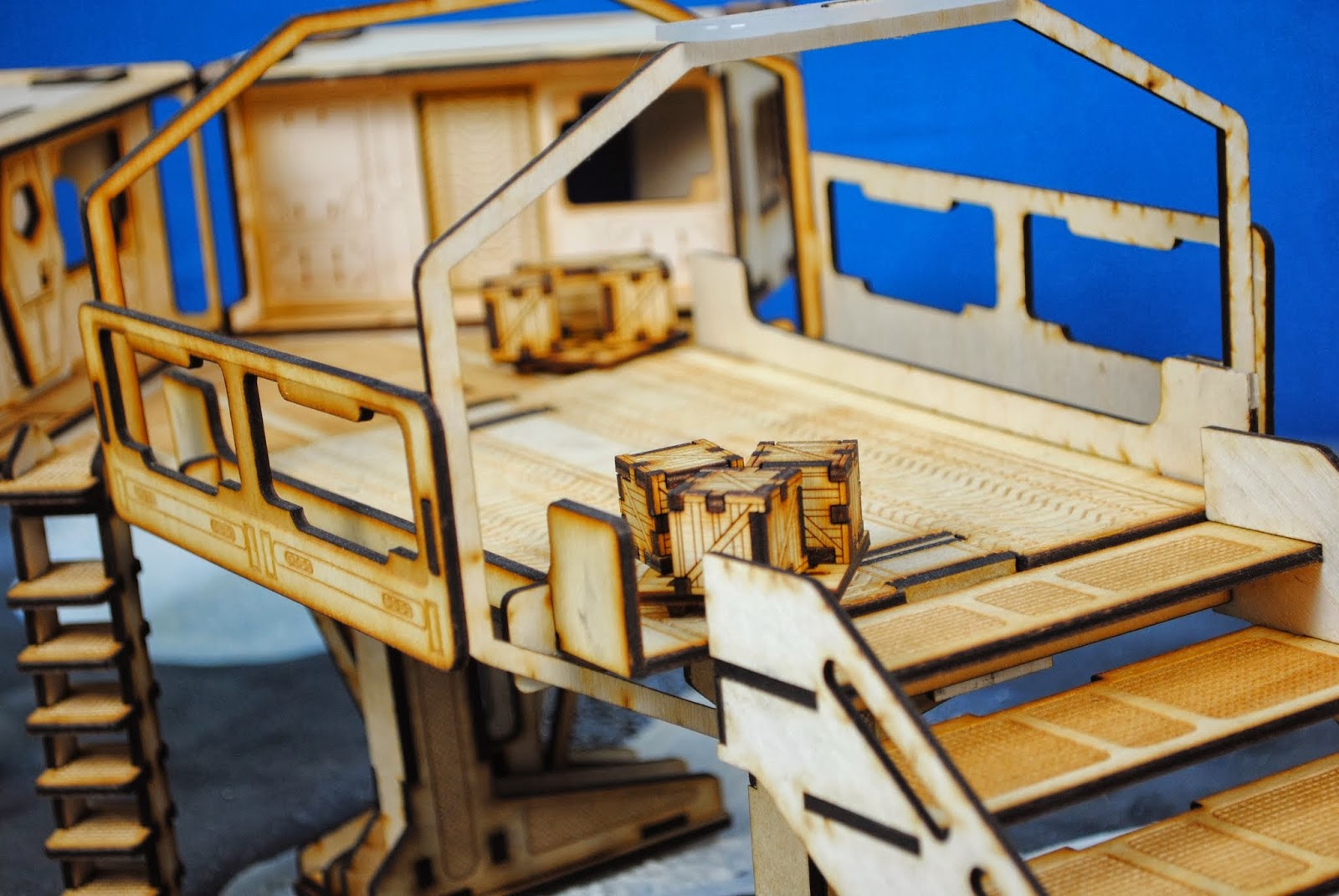 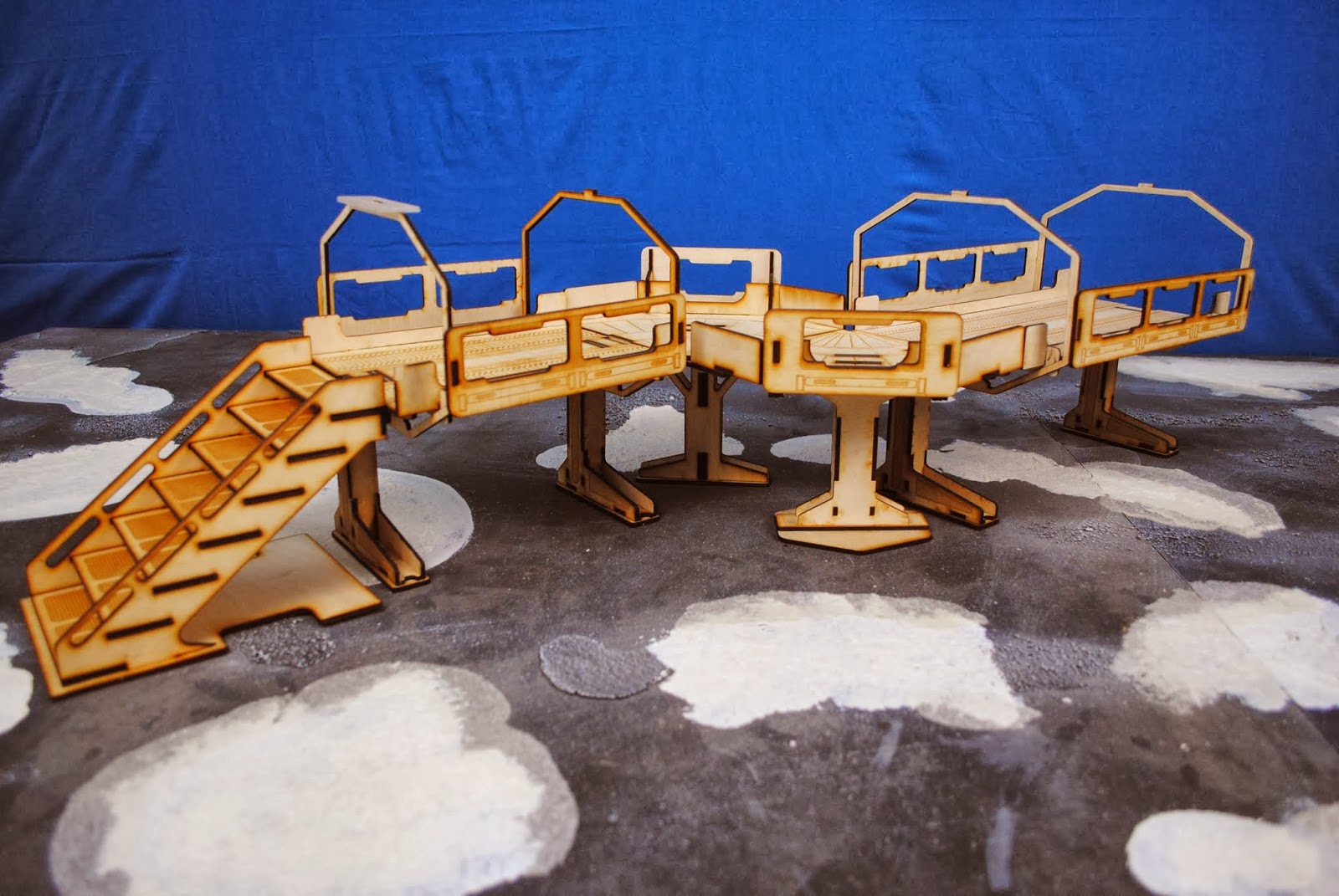