Sky Command - Own the Skies 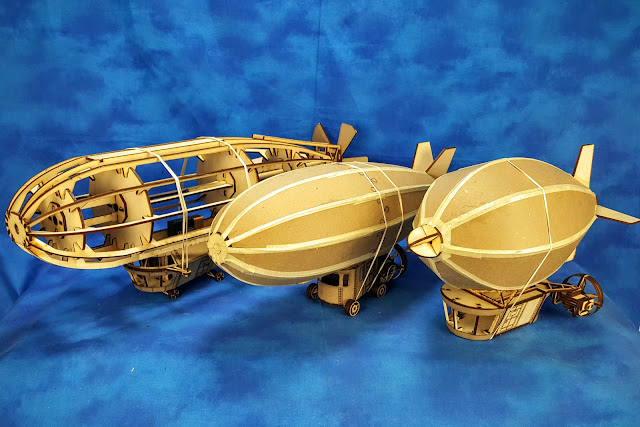 "Over the fluffy ice cream clouds, to grandmother's house, she goes"
Come fly with us and enjoy a view like no other from Zantini Air latest aircraft. Designed with you in mind you and your family can travel in style. Skip the winding road and long travel times and explore the sky. From our smallest Bluejay 2 passenger craft to our current largest Osprey, 8 passenger soarer, we have solutions to get you in the air today.
The Bluejay Airship 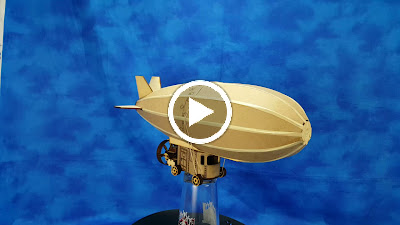 Sleek and fast the Bluejay is designed to get you to your destination with speed and grace. It's long rigid, rigid airframe and sturdy metal cabin offer a level of protection seldom seen in an aircraft of this type.
SPA-Bluejay01 (HWD) $45 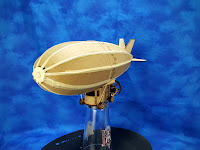 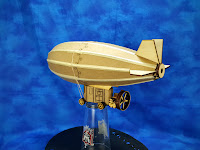 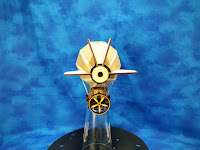 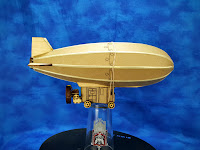 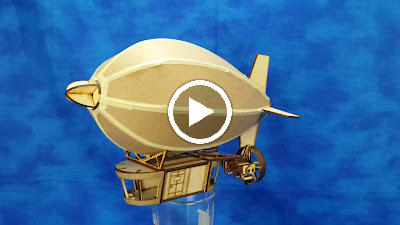 With powerful twin engines, a large 4 passenger cabin and viewports front and rear, the Red Robin is the perfect way to travel the world. Your cabin in the skies awaits.
SPA-RedRobin01 (HWD) $40 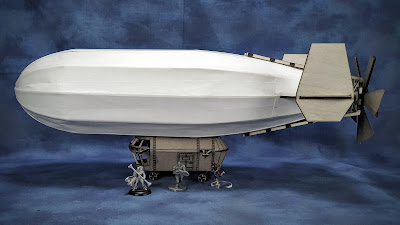 With our largest civilian air envelope, the Osprey is designed with long-distance travel in mind. The spacious cabin has room for up to 8 passengers and all the luxuries of home this is the only way to travel. The large quiet running single fan engine allows unprecedented amounts of airtime while keeping noises to a minimum. If you are looking to increase speed and maneuverability you can add the optional thrust package to increase airspeeds and allow the craft to turn sharper than any other ship of its size.
SPA-Osprey01 (HWD) $65 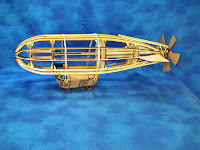 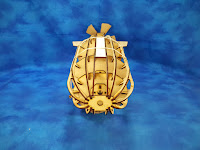 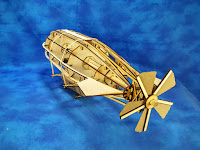 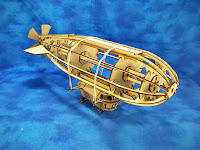 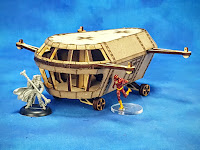 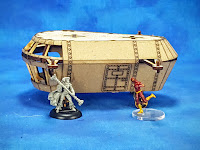 Builders' Notes -
The Steampunk Airship kits are built around a central wood dowel spine. The spine is designed to aid in the alignment of the kits support rings and can be removed once the assembly is complete. Both the Bluebird and Red Robin kits include cardstock panels that are designed to be trimmed to fit during assembly. It is recommended that you attach them one at a time in an alternating pattern so you can get the best fit of each panel. For the Osprey airframe, we do not supply skin panels. For this kit, we recommend covering the frame with craft paper or drywall tape.

With your head in the clouds and the wind in your hair, the Firefly will get you there.
Designed as a short-range flyer the Firefly airship it just right for light commuter and reconnoiter flights in dense environments like today's cities. With an improved lift chamber in the lower half of the body and twin 4 cylinder engine pods, you have the necessary speed and maneuverability to get you anywhere. The narrow shape and open cockpit that carries up to 4 passengers gives excellent visibility. Take to the skies in the new Firefly airship. *Military versions available via special order only
The Firefly Airship is a new steampunk/anime inspired design. As a tall airship, it has a great feel on the table and offers an interesting take on alternate history flight. The kit uses a wooden frame for rigidity and durability and is skinned in 1.5mm thick cardstock to allow for the rounded shape, The top canopy is removable for easier placement of figures and supports up to a 40mm base.
Firefly Airship SPA-FIREFLY01 - $18 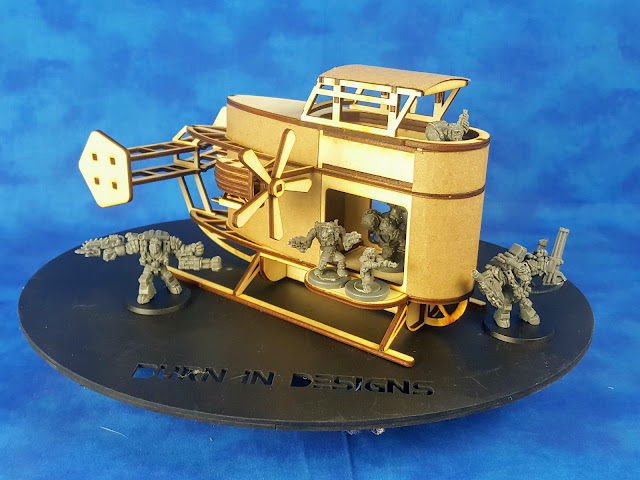 Bumblebees are the real workhorse of the air in the animal kingdom. Able to cover great distances, carrying heavy loads of pollen while still being able to land on the most delicate flowers. Now you can have that same versatility in an air transport. Please welcome the new Bumblebee Air Transport. Based on the same lifting body used in the Firefly light commuter, the Bumblebee expands with a greater range from its quieter engines. At the same time, those quieter engines give the air-frame 5 times the lifting capacity without any loss in maneuverability. The larger central cargo area has dual side doors with a pass-through design perfect for quick loading and unloading. It even includes extended platforms to allow the mounting of external storage pods or equipment. Get your piece of the future today. The Bumblebee Air Transport.

The Bumblebee Airship is a new steampunk/anime inspired design. As a tall airship, it has a great feel on the table and offers an interesting take on alternate history flight. The kit uses a wooden frame for rigidity and durability and is skinned in 1.5mm thick cardstock to allow for the rounded shape, The top canopy is removable for easier placement of figures and supports up to a 40mm base. The internal cabin and door platforms support multiple 40mm based figures. 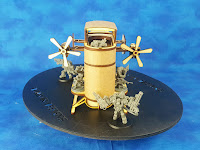 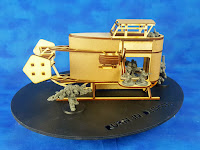 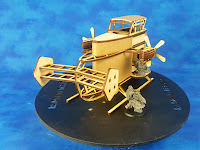 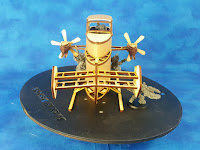 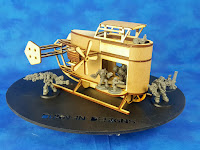 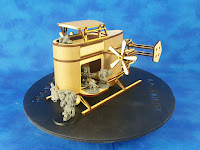 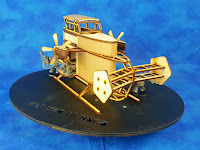 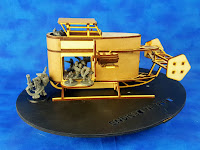 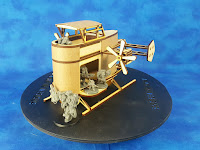 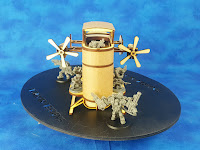